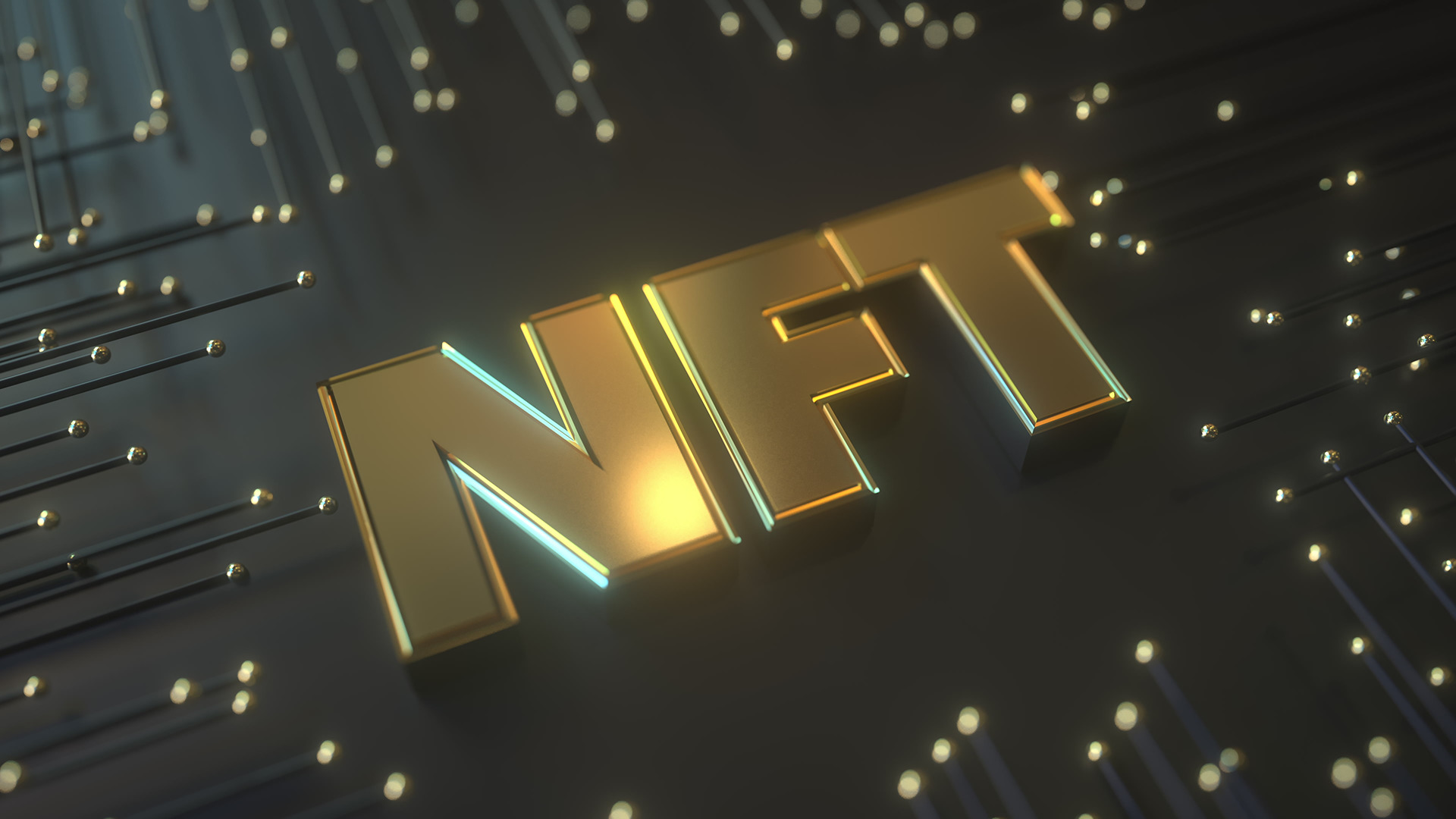 Last year, the total sales of NFTs reached an absolutely staggering $17.7 billion US. That’s billion – with a B. Up from USD$82.5 million just the year before in 2020.

With such a booming market, it’s no surprise that there have been quite a few multimillion-dollar sales happening. And if you’ve been wondering what the most expensive NFTs that have ever been sold (well, so far at least) are, you’ve come to the right place.

In this article you’ll learn what the priciest NFT sales were, counting them down from 10 to 1. But first…

A lesson about NFTs in under 2 minutes 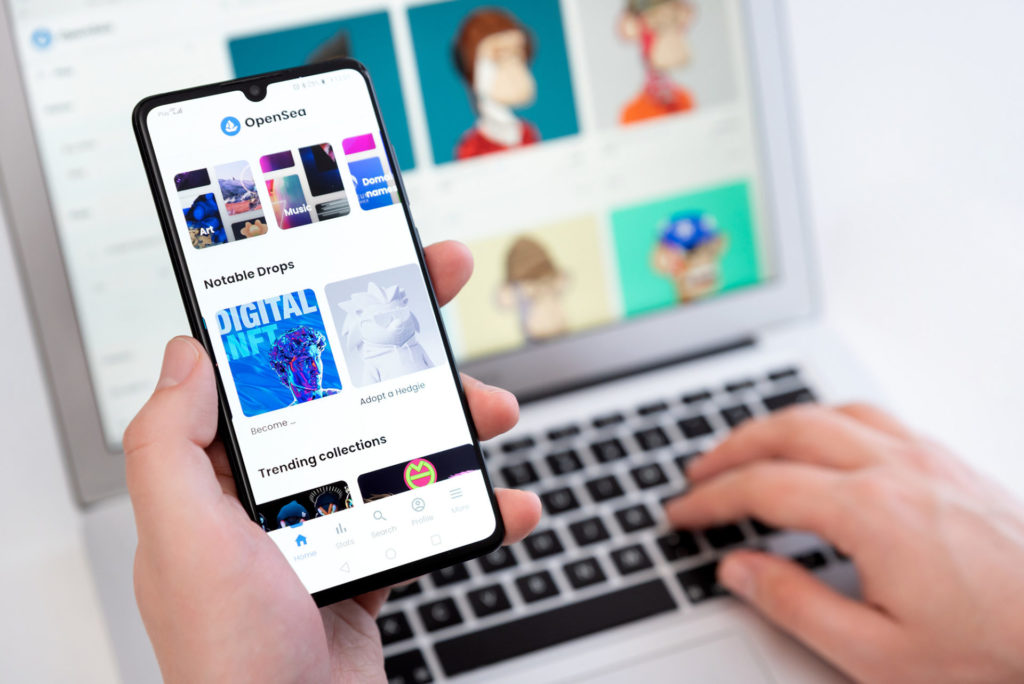 Don’t reckon we’ll be able to bring you up to speed about what NFTs are in less time than it takes to cook up a steaming bowl of Maggi noodles? Let’s give it a go!

NFTs – short for Non-Fungible Tokens – are unique digital assets which can come in a variety of forms including (but not limited to) digital artwork, music, video clips, social media posts and domain names.

The first ever NFT was minted (aka created) in August 2015, but they didn’t begin seeing mainstream popularity until 2020-21.

Like cryptocurrency, NFTs use blockchain technology (most often Ethereum), are sold for crypto and stored (well, their location information on the blockchain anyway) in crypto wallets.

To buy, sell and swap an NFT you need to visit one of the many marketplaces that are available and set up an account. Once you have that, choose a crypto wallet which is compatible, put some funds in it and connect it to your account.

Told you we could do it!

Countdown to the number one highest NFT sale price ever recorded

There’s a 100% chance this list will need to be updated – and most likely in the near future, too. But at the time of writing, these are the 10 highest prices for NFT sales. 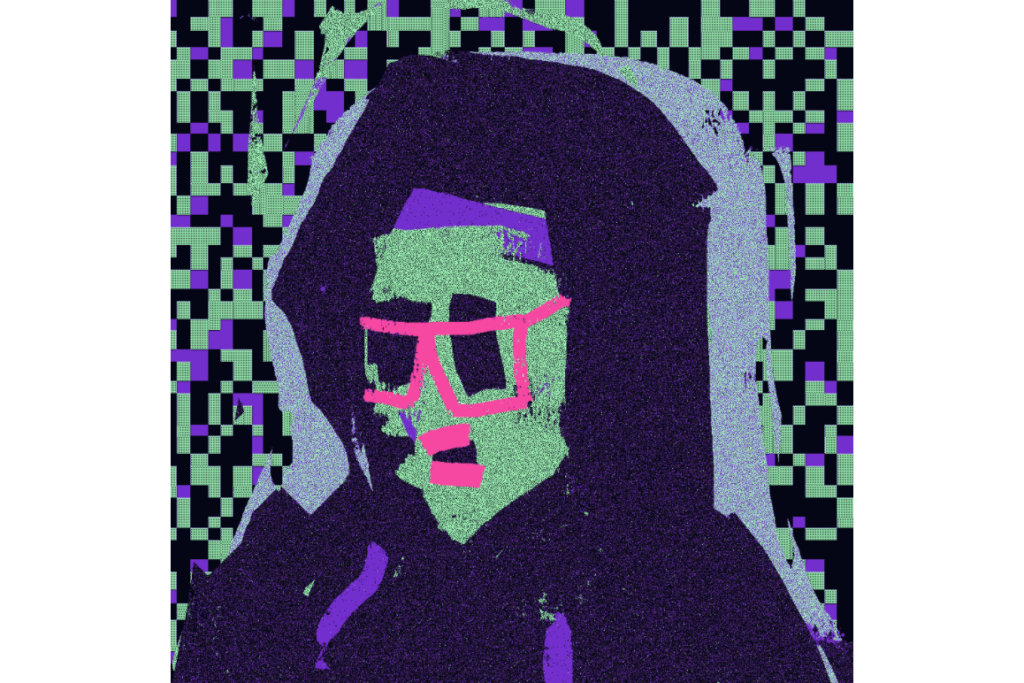 This was purchased on marketplace SuperRare by none other than Mr. Snoop Dogg himself in December 2021. The piece, created by London-based artist Xcopy who has sold almost 2,000 NFTs so far, is essentially poking fun at the non-believers of NFT art and its worth.

The first of many CryptoPunks that fall within the top 10 list is the pipe-smoking, hat-wearing blue alien, also known as #7804. This was purchased in March 2021 by user ‘peruggia’.

Interestingly, previous owner Dylan Field, CEO of Figma, referred to it as the digital Mona Lisa and the handle of the person he sold it to obviously refers to Vincenzo Peruggia – the man made famous for stealing the Mona Lisa.

Another one of the limited CryptoPunk aliens is #3100, recognisable by his unique white and blue headband. This was sold to an anonymous buyer for $7.67 million USD in March 2021, who has now listed it for sale at 35,000 ETH or USD$118 million.

Well-known NFT influencer and investor Punk4156 first purchased CryptoPunk #4156 (an ape wearing a blue bandana) in February 2021 for around USD$1.25 million and sold it just 10 months later in December for USD$10.26 million.

Yet another limited alien CryptoPunk, this one wearing a mask, earring and cap and also known as ‘COVID alien’, was sold through Sotheby’s auction house in June 2021 for USD$11.75 million.

And the most expensive CryptoPunk sale so far? You guessed it – another alien! Blue bandana-wearing #5822 was purchased by CEO of Chain, Deepak Thapliyal, for $USD23.7 million in February 2022.

Finally, something other than a bloody CryptoPunk. Beeple (real name Mike Winkelmann) has truly made a name for himself in the world of NFTs, and his physical sculpture featuring an astronaut wandering across different environments attracted a number of investors.

It was eventually bought by Ryan Zurrer, a crypto billionaire in December 2021 for USD$28.9 million. 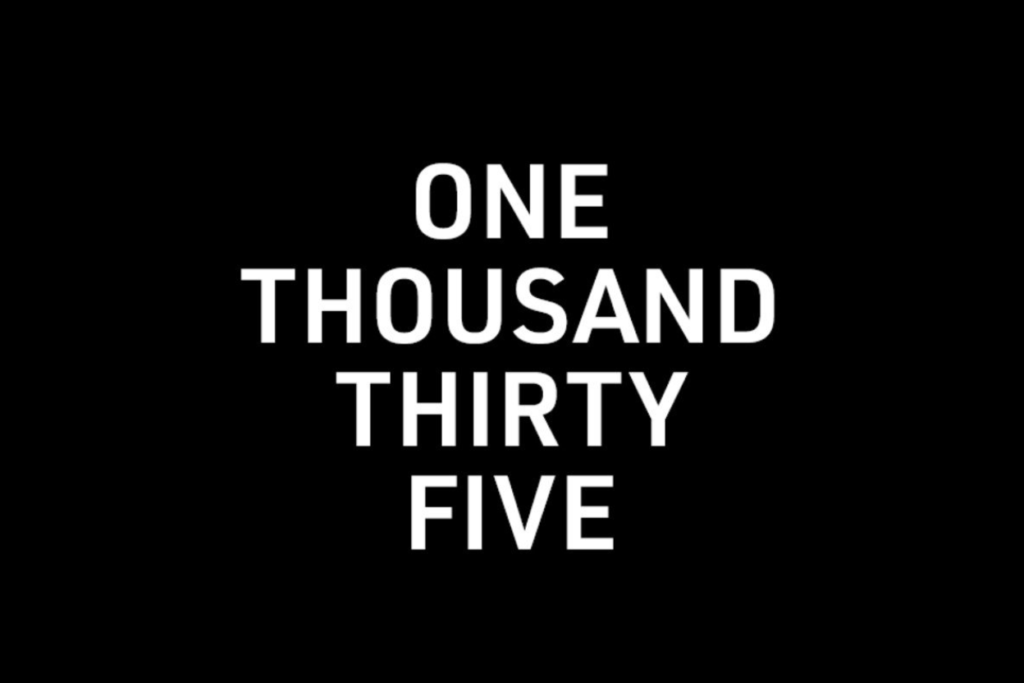 More of a collaboration project between Pak and Julian Assange, Clock is essentially a piece which displays how many days Assange has been imprisoned. It was created to be sold in order to raise funds for Assange’s legal defense.

It ended up being sold for USD$52.7 million to a group of more than 10,000 Assange supporters (AssangeDAO) who pooled their money to buy it in early 2022. 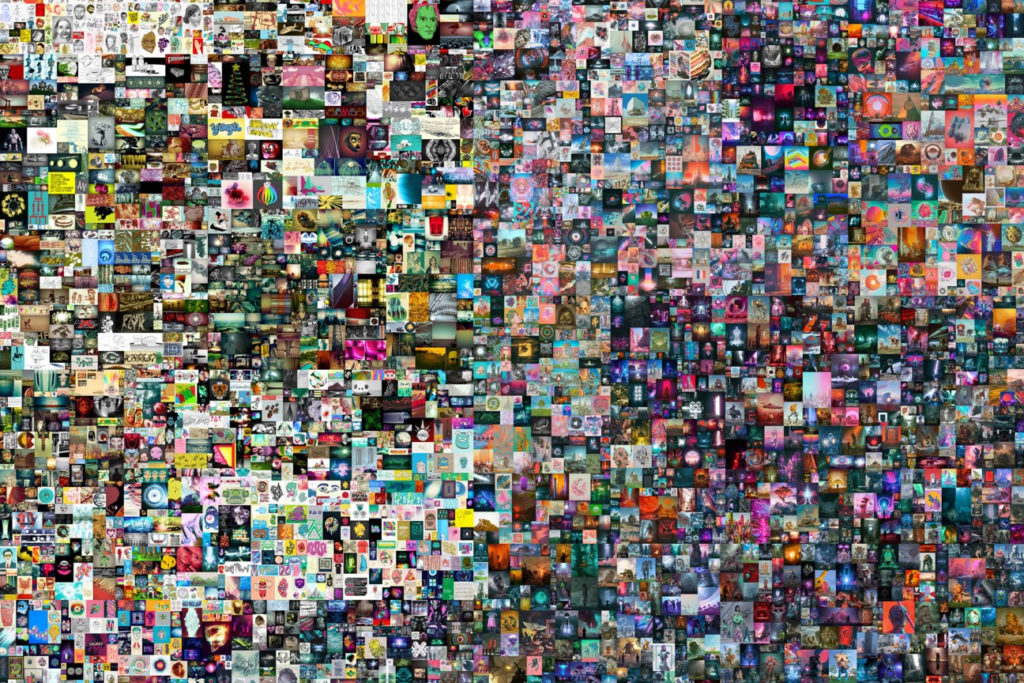 Another of Beeple’s incredibly famous artworks is Everydays: The First 5000 Days. To be honest, it’s really no surprise this ended up going for such a high price, considering it’s a collage of 5000 of his artistic pieces in one. The story goes that in 2007 he decided he would create one new piece of art each day, the result of his hard work being this collage.

It was sold by Christie’s auction house for USD$69.3 million in March 2021, to founder and financier of Metapurse Vignesh Sundaresan. 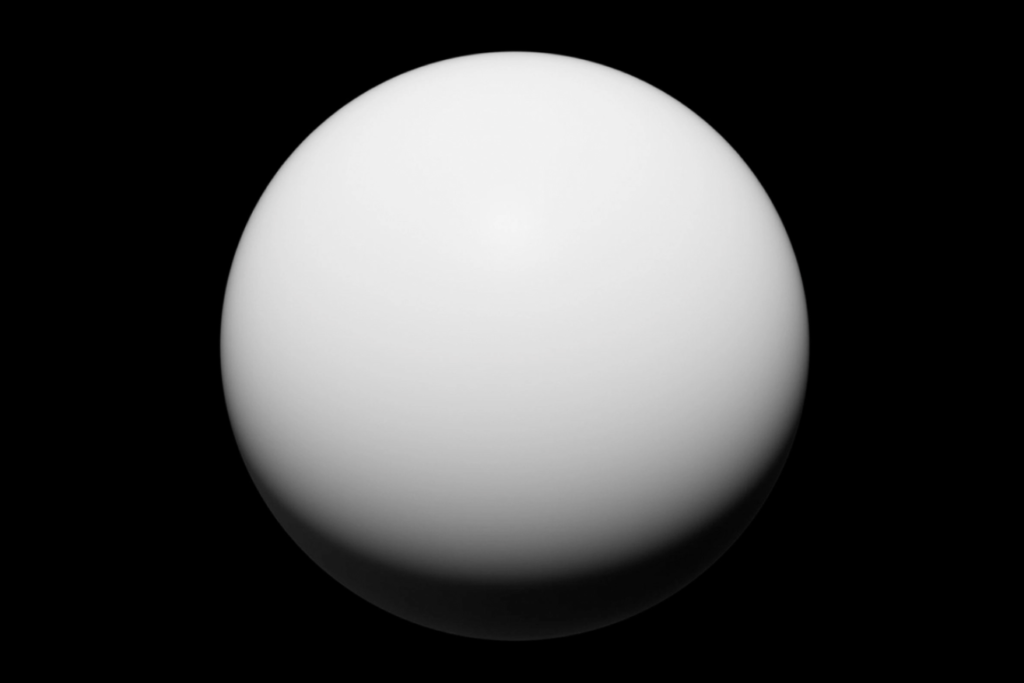 And here we are. The tippy top of the mountain. The peak. The most expensive NFT sold to date. The Merge.

Created by the anonymous artist Pak (yep, the same one who collabed with Assange on Clock), this project is unlike anything ever seen previously. Essentially, buyers were able to purchase however many ‘mass units’ they wished, which scored them a dynamic NFT with their accumulated mass.

… Yeah, it’s a little confusing. But whatever the case, it netted the artist sales totalling USD$91.8 million!

Give your NFT collection the best chance at mooning

No, we’re not talking about seeing the butts of digital characters (although it’d be pretty hilarious).

In relation to crypto and NFTs, ‘mooning’ means the value is experiencing a spectacular rise or going to the moon. And that’s what we’ll do for your NFT collection.

Our team has a huge amount of experience working with NFT artists and brands looking to break into the market. We’ve executed 3 drops totalling USD$30 million in primary and secondary sales. We’ve also launched a collection of 8,888 NFTs that sold out in less than 11 minutes, and played an integral part in plenty of other success stories.

Put your NFT collection in the ideal position to achieve top results by calling Mooning today on 1300 818 435 or sending us an online enquiry.

Your guide to creating, buying and selling NFTs
5 examples of promoting NFTs that worked
Copyright © 2023 Mooning | Terms of Business