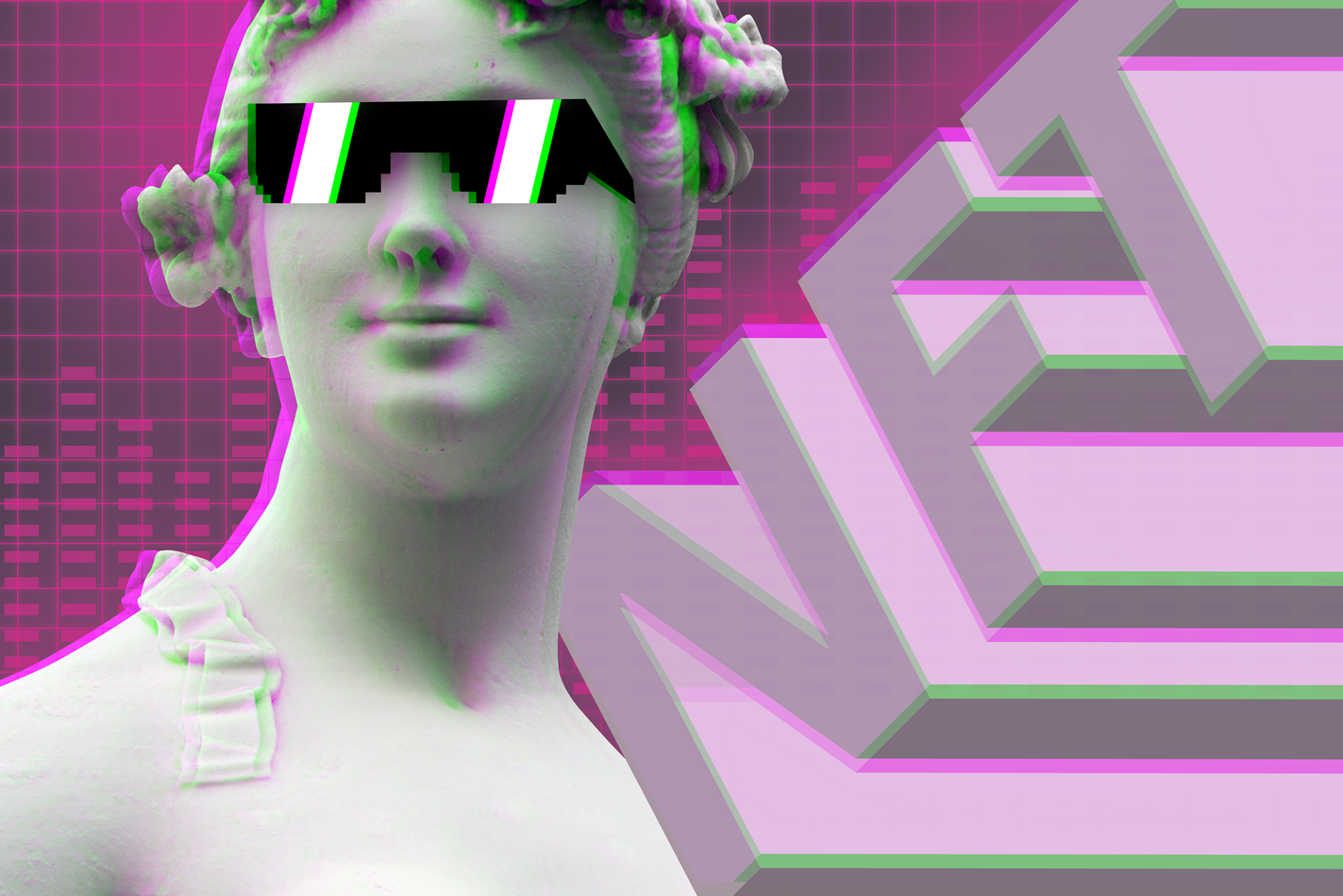 Top NFT projects that have made headlines

With so many different NFTs being minted every single day, it can be difficult to keep track of them all. Impossible, really. Chances are you’re seeing a seemingly infinite amount popping up across all your socials, too, each with their own unique styles (and price tags!).

In this article, you’ll learn about what we reckon are the tippy top 10 famous NFT projects that everyone interested in the NFT universe should be well aware of. 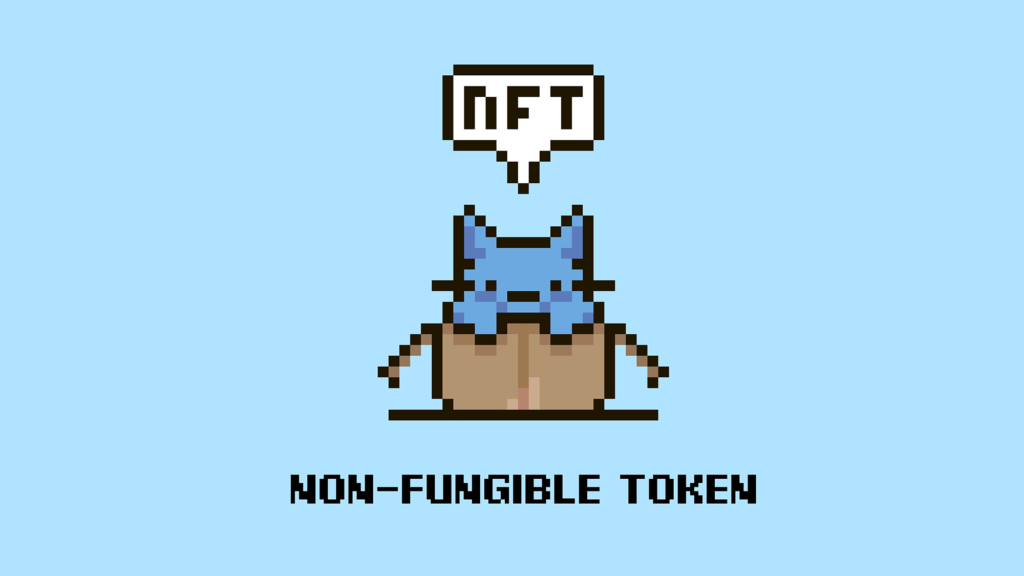 If  you’re completely unaware what an NFT is or are pretty sure you know but wouldn’t mind a nice, quick reminder to make sure we’re all 100% on the same page, here you are:

An NFT or ‘Non-Fungible Token’ is a unique digital token that can represent either itself on its own or something tangible from the real-world. For example, you could buy a one-of-a-kind piece of digital art from someone on an NFT marketplace which is representative of itself and holds its own value, or you could buy a physical piece of art which comes with a unique digital version (an NFT) that represents ownership of the art.

There are endless formats that NFTs come in; songs, short video clips, digital art, domain names, in-game items, screenshotted tweets, memes and really any other digital file that can be made into something people might want.

Similar to cryptocurrency, NFTs are stored on blockchain technology, with the most common one currently the Ethereum (ETH) blockchain network (though many marketplaces are expanding into multi-chains these days).

The top 10 most famous NFT projects (so far)

Alright, now it’s time to get into the fun stuff! With millions of NFTs available across dozens of marketplaces, it can be hard to stay on top of the stand-out projects that have happened over the years – especially if you’re relatively new to the space.

Which is why we’ve put this list together! So without further ado, here are the 10 top NFT projects that have made headlines (in no particular order).

Launched in 2017, CryptoPunks was actually one of the very first NFTs launched on the ETH blockchain. There were 10,000 unique collectable characters created by two Canadian software developers in conjunction with Larva Labs, all of which were given away for free.

Nowadays, CryptoPunks are bought and sold for often crazy amounts (USD$7.58 million is the highest so far) and celebrities including Snoop Dogg and Serena Williams are among the current CryptoPunk owners.

More recently launched, in 2021, the Cool Cats collection of NFTs also exists on the ETH blockchain and also had a limited release, this time of 9,999 unique characters. Each cat has its own features including varying facial expressions, outfits and even traits, and owners can even change all of the features too if they want.

Interestingly, although there was a limited amount released, the developer is actually able to breed characters together to create a future generation of NFTs with their very own features and traits.

Owners of these NFTs gain access to several different community giveaways and events.

The highest one of the Cool Cats NFTs has been sold thus far is USD$3.5 million.

Arguably the most famous NFT project to date is the Bored Ape Yacht Club (BAYC). It was launched in 2021 on the ETH blockchain, with a limited total of 10,000 unique Apes becoming available to buyers.

These NFTs aren’t just cool-looking avatars, but also come with perks such as private digital concerts and more.

Well-known owners of BAYC NFTs include Justin Bieber, Jimmy Fallon and Post Malone, and currently the highest price paid for one was USD$2.3 million at auction.

Created by the same people behind BAYC, Mutant Ape Yacht Club (MAYC) was launched in mid-2021 with the release of a collection of 10,000 NFTs. These were all sold instantly for the tidy sum of USD$96 million.

So as to not look as if they were ‘turning their backs’ at all on the BAYC owners, the creators also developed a system which involved a new NFT called ‘Serum’ which could be added to BAYC NFTs to transform them into MAYC NFTs.

Mutant Apes aren’t quite as expensive as their Bored cousins, but can still sell for a reasonable scratch – the highest so far sold at USD$73,995.

Does the name Gary Vaynerchuk ring a bell? A huge name in the world of entrepreneurship, Vaynerchuk is the owner and creator of VeeFriends. A collection of 10,255 NFTs, all of the owners gain 3 years of in-person access to VeeCon, a multi-day event focusing on business, ideals, marketing and more which is obviously organised by Vaynerchuk.

All drawn by the man himself and housed on the ETH blockchain, they’re on average being sold at around USD$30,000.

Another project brought to you by Larva Labs is Meebits, which follows a very similar vibe to their original CrpyoPunks project, though this time the avatars are 3D-modelled. Launched in 2021 with a collection of 20,000 unique characters, and the highest purchase price for a Meebit so far is a very tidy USD$2.1 million. 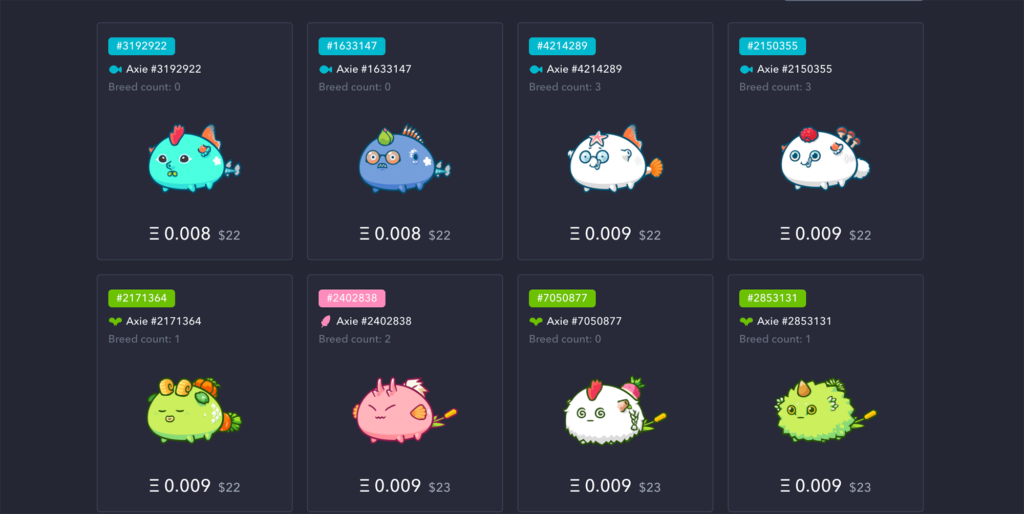 A very interesting addition to the list is Axie Infinity. It’s actually a game in which you can earn while you play. The way it works is you initially purchase 3 Axies (cute little characters) and raise, breed and battle them to earn resources which can then be sold and traded within the game, which currently boasts 2.8 million daily active players.

Dapper Labs and the NBA collaborated to create NBA Top Shot, a project which allows users to buy, sell and trade NBA moments in the form of short video clips. It was launched in late 2020, and can be likened to collecting basketball cards in the real world.

Essentially, you buy a ‘pack’ of several moments and will find a variety which might include ‘Common’, ‘Rare’ or ‘Legendary’ moments – the latter being the more valuable.

The highest sale price thus far was for an LBJ dunk in which he was emulating one of Kobe’s famous dunks, at USD$387,600.

A fascinating and innovative approach to NFTs is the Nouns project. These are 32×32 pixel avatars which can be based on either people, places or things and exist on the ETH blockchain.

What’s different about these, though, is that there will be one new Noun minted every single day, forever, which is vastly different to the limited releases of many other NFT projects discussed here.

Becoming an owner of a Noun means one vote in the Nouns DAO (decentralised autonomous organisation), the treasury of which is where all the money that is generated by the sale of each NFT.

A blockchain game on ETH, CryptoKitties was created and developed in 2017 by Dapper Labs where players buy, sell, breed and collect virtual cats, each with their own unique features.

It has since lost a little traction and isn’t as popular as it once was, but at the time of release and for the next two years it was one of the most talked-about NFT projects at the time. Having said that, there are many that are still valued close to a million dollars.

Engage with the best in the NFT business

Are you interested in buying, selling or minting your own NFTs to bring your business to the next level in the digital world? We’re here to help.

At Mooning, we’re backed by a huge amount of experience working with businesses just like yours to break into this exciting area of digital marketing, so call us today for a chat on 1300 818 435 or send us an online enquiry.

What Is a DEX? How to Trade on a DEX Top NFT projects that have made headlines 3 examples of NFTs that are shaking up the online world
RETURN TO
LEARNING CENTRE
A review of the top 10 NFT marketplaces