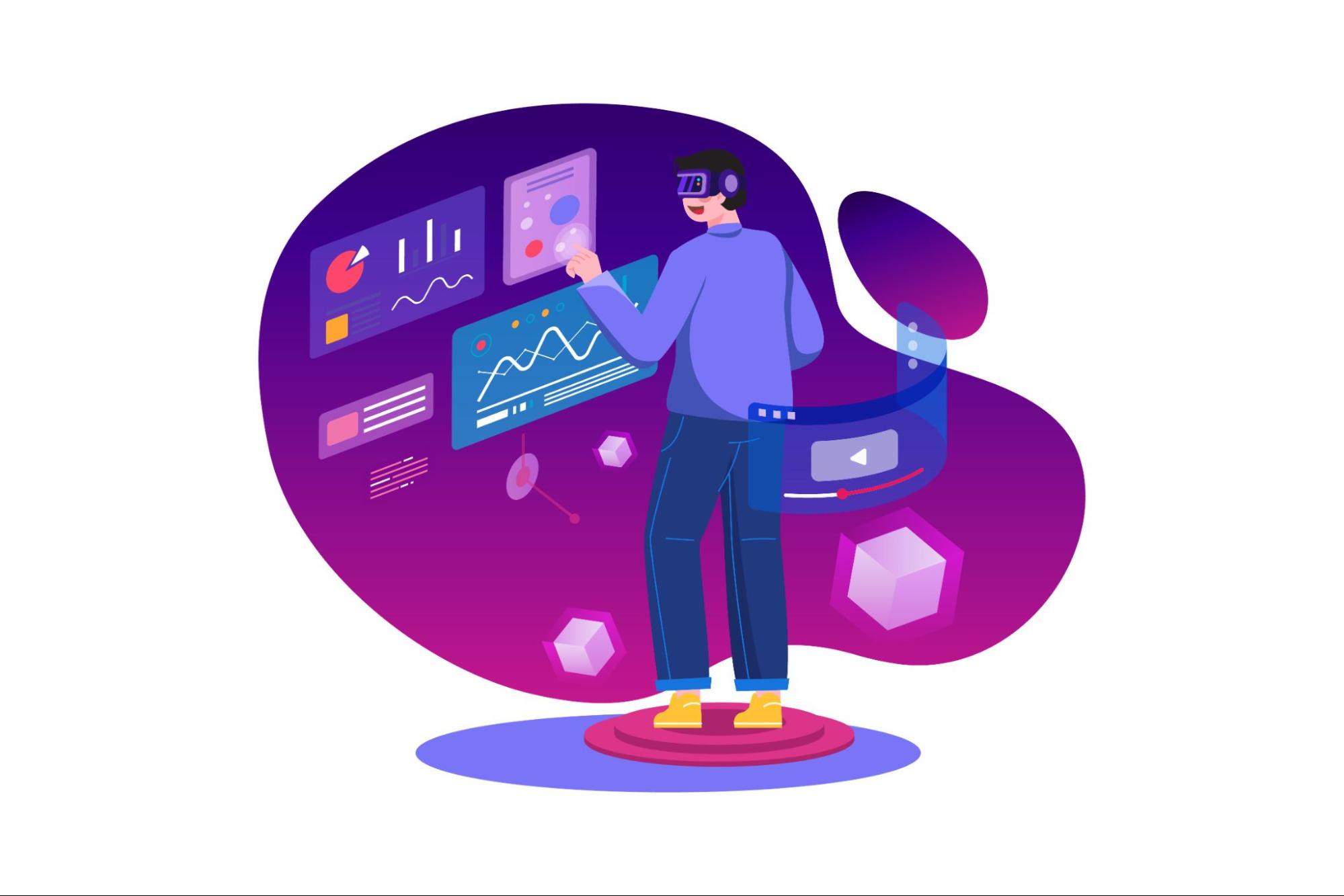 How to Prepare for a Remote Career in Web3

If there’s anything good that came out of COVID, it’s that people were finally given the option of remote work. Not only was this a necessity at the time, but it also made earning an income much easier those who are differently abled – both physically and mentally – those with young children, people dealing with chronic illnesses or living an immunocompromised life, and those residing in remote areas – among many others, of course.

And even though the worst of COVID may be over, more and more companies are continuing with remote work, having finally given in to the benefits of this switch and realizing how it leads to happier, more motivated workers leading to better business performance results.

Of course, there are some careers that are restricted to an in-person mode of work – now you can’t really have a doctor see you virtually, in most cases, at least! – but many others are perfectly adaptable to the remote world, and it seems like web 3 technology is one of them!

The web 3 world has recently taken off, and due to the newness of the industry, there are jobs galore in the community. But is it possible to establish a career in this new industry by finding remote web3 jobs? Or is the ideal candidate for web 3 one that works in the office? Let’s take a look at what web 3 is and whether remote jobs are an opportunity in the field.

Dissecting Web3 and the Possibility for Remote Web3 Community Members 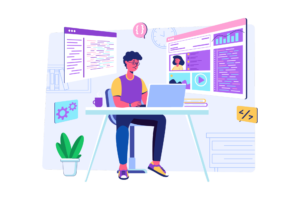 What is web 3, and what is all the hype surrounding this new entrant in the technology world? Well, web 3 is new technology in the form of an updated internet. Not only does web 3 allow its user to experience a web that is read, write, and own, but it also operates on features such as decentralization and the removal of censorship, using the aid of blockchain technology to do so.

With the promise of a decentralized future and ever developing internets, the appeal that web 3 holds is understandable – after all, it might just be next in line for being the technology that will push humanity forward.

But the million dollar question is whether establishing a remote career in web3 is possible. And the answer is one that will surely please: yes! There’s certainly no shortage of remote web3 jobs, and even roles that are not advertised as such might pack some leeway for the right candidate – given the nature of the role, of course – so that overseas community members can also join in. But how exactly do you prepare for such a career?

So, what does one need to prepare for remote web3 jobs? Well, before we get to the requirements, let’s take a look at the careers that web3 offers!

It’s safe to say that the web3 job list is pretty diverse, and that means that the web3 team is welcoming to people from all backgrounds. But what are the requirements that come along with securing remote web3 jobs?

Here are the skills required to land remote web3 jobs:

While programming languages and web development are basic standards included even in web2, it’s necessary to have mastery over them before proceeding onto web3. Read up on and learn programming languages such as JavaScript, Python, Java, C++, and R to really get into the foundations of web3, and it’s only once you’ve covered these that you’ll be fit to enter the web3 job market – take it as a prerequisite!

Blockchain technology is at the core of web3, and most remote web3 jobs will require the ideal candidate to be in touch with the decentralized future. Since decentralization is what lies at the centre of blockchain – and it’s starkly different from the web that we know today – being knowledgable about the feature will push you up the candidate list.

3. Learn all about Ethereum

Ethereum is the front runner in web3, there’s no doubting it – in fact, the term and the main concept for web3 was coined by the Ethereum co-founder! Having knowledge Ethereum and the Ethereum Virtual Machine will give you the upper hand when it comes to web3 jobs.

The EVM will help you in creating smart contracts for users and in general brings you the skills that are often needed for a top position in web3!

Through Solidity, users can create smart contracts, helping them effectively reduce the need for man-performed tasks as code is now self-executed! In fact, Solidity is so good that most web3 employers have it down as a hiring requirement – even for entry level jobs.

5. How to Draft a Smart Contract

So, you’re finally up to date with programming languages – both web2 and web3 – and the Ethereum blockchain. Well, the next step is to learn how to create an actual smart contract using all of the skills that you’ve (hopefully!) leant above.

A smart contract consists of code that can be plugged into the blockchain to then carry out self-executing tasks. While this may sound daunting, it’s actually a very basic requirement when it comes to working as web3 developers, along with blockchain development – chances are, you’ll be creating tons of smart contracts once you join your remote, full time web3 job!

Knowing – and being good at – front-end web development is almost a necessity when it comes to working in the technological sector of web3. While the backend of your decentralized application will be linked to and run by blockchain, the front-end will all be dependent on JavaScript, and so being skilled at it is a must or else you’ll find yourself at a serious disadvantage.

There’s a lot to learn and cover in front-end development, but some key things to know are HTML, and CSS and CSS Frameworks, as well as JavaScript and JavaScript Frameworks. And since there are tons of related information and resources available on the web, you can get all the learning support you need!

It might seem like web3 jobs require a lot of prior knowledge and little on the job training, but in reality, that’s not true. Web3 just has high standards, and they want the very best to join their ranks!

Once you’ve learnt how to create a smart contract and gotten hands-on with front-end development, it’s time to link the two to establish an interface. To do so, you’ll need to know how to implement Ethereum’s API with the help of libraries such as ether.js or Web3.js

Once you’re onboard with these steps, you’ll become a whole lot more valuable to any web3 company!

There’s no use spending your limited time and resources learning web3 skills if you’re not going to advocate for yourself and showcase them properly to your potential employers. An important skill to have to land your ideal remote web3 job is to know how to create a stunning portfolio that portrays your relevant skills and expertise.

Make sure that your portfolio is diverse and includes several components, each of which join together to show interested recruiters different aspects of your skill level and knowledge. Both practical and theoretical knowledge is needed to get onto a web3 team, and your portfolio needs to be representative of that.

Remember, of the hundreds of applicants that may apply to a web3 company, shortlisting will occur on the basis of what recruiters see on paper – and you better be prepared to show them your best!

Let’s not forget that a web3 company is, at the end of the day, a business company. While specific technology and computer related skills are necessary to break into web3, there’s plenty of space on the team for those looking to find non tech jobs in web3 companies.

From external relationships advisors to hiring managers to documentation analysts, the list of non tech roles at web3 companies are endless. All you need to do is choose your path!

So, it’s clear that these are the skills needed to make a career for yourself in web3, but how do you land a role that’s remote? While there’s no arguing that web3 holds the future of humanity, but are genuine human reasons enough to negotiate a remote role?

Web3 might just push Humanity Forward, but can you use Human Issues as a Reason to Pursue this Computer Science field Remotely? 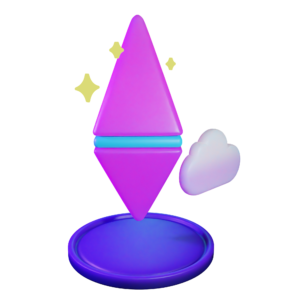 For many, job search starts with an added apprehension – the task of finding a job that is remote. While web3 is an inclusive field, there are certain areas that think twice before on boarding a remote team member.

However, since most of web3 is done on a computer, it’s very possible for jobs to be carried out in a remote fashion, all you have to do is to be responsible! And of course, you can always use human reason to appeal to the hiring committee. Reasons such as physical disabilities, expected maternity, immunocompromised health issues, and geographical distances are all factors that web3 companies will take into account when hiring.

But of course, the greatest appeal is simply possessing the right skills and the right expertise, thereby making yourself into a desirable candidate for the recruiter. Since web3 is a field that requires finesse in skills and performance, most hiring managers would be willing to show flexibility when it comes to the right candidate.

So, whether you’re in Singapore, Seattle, or India, all you need to do is master web3 and a remote web3 job is all yours!

Can I Partake in Remote Web3 Research?

Maybe the idea of web3 intrigues you, but you’re not quite ready for a full time job. A great alternative to look towards is remote web3 research!

Web3 is a relatively new phenomenon, and that means that there’s still a lot to understand about the field. To be one of the contributors to this exploration, you can apply to conduct research on the world of web3, and since these positions can be with reduced hours in a remote setting, they’re great for those who can’t work in-person.

But what will researching about web3 include? Well, this could range from anything such as examining recent web3 developments, studying how competitor companies are using the entity and what advantages they’ve availed from it, consumer reception of web3, and protocols surrounding the industry.

With a research career in web3, you can easily see yourself joining top research facilities such as the likes of Protocol Labs. And from there, it’s only onwards and upwards through companies and web3 jobs.

So, it’s obvious that preparing for a career in web3 is no easy task, and add to that the want of a remote role, and things get even more complicated. But by learning the right skills – hard or and soft – a candidate can negotiate their position into a remote one with very little interference, introducing them to a future team that loves creating on web3 and is ready to push humanity forward!

What is the difference between AXS and SLP tokens? The Benefits of 3.0 for Early Investors How to Invest in NFTs
RETURN TO
LEARNING CENTRE
How businesses are using NFTs to create hyper-engaged super fans
Get paid to do what you love: Web3 jobs

How businesses are using NFTs to create hyper-engaged super fans
Get paid to do what you love: Web3 jobs
Copyright © 2022 Mooning | Terms of Business